In summer 2018, Roiha family's beautiful house, Villa Roiha, was completed near the sea in Kaarina. It is exceptional for many reasons – apart from being the first single-family house in Finland to have the Nordic Swan Ecolabel, it is also unique for its electricity system. Caruna assisted in the implementation of this energy efficient house.

Sami, who built his house with just one carpenter, shows us around the upstairs where the big windows and the sea view through them offer a lot to admire. At the same time, he retells the early stages of the house which, in addition to acquiring the plot, have included other positive coincidences – such as the Nordic Swan Ecolabel, whose website he ended up on by coincidence.

He became interested in the fact that also buildings can receive the Nordic Swan Ecolabel. The label also acts as a guarantee of quality, because it is a commitment to not only an environmentally friendly and energy efficient but also a healthy home. After getting properly familiarised with the subject, Sami also got his wife Salla enthusiastic about the possibility of building a Swan house.

Sami talks about the project full of enthusiasm, although the past few years have not been the easiest for the family. Building the house has been a huge effort, and the requirements of the Nordic Swan Ecolabel have brought additional challenges to it. 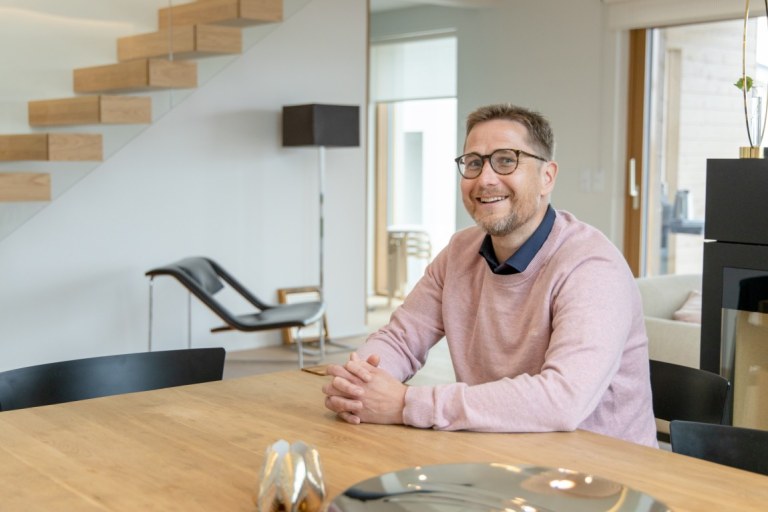 Sami Roiha goes on to present the exceptional electricity system of the house. The hybrid system is the only one of its kind in Finland and a good example of how solar power can be utilised in a private household both in heat and electricity generation.

The heating of the Swan Ecolabel house is in practice based on solar power stored in the ground. The energy poles beneath the house transfer the heat of the summer to be stored underneath the building, and in winter, it is used for heating. In addition to these, there are solar panels and heat collectors on the roof that utilise solar energy.

– Our electricity system is extremely energy efficient, and it has totally changed our consumption. The annual consumption of our previous semi-detached house, which was heated with electricity, was 15,000 kilowatt hours. In our current detached house, which is more than double the size, it has been only 6,500 kilowatt hours a year in the first year – so big savings have been generated. This was a very cost-effective choice, he smiles.

Boosted by coincidences, the Roiha family now lives in their dream home. Although the project was challenging and the completion of the house took double the time compared with a normal house, it seems that today, a satisfied man and his family live in the completed Villa Roiha.

– We should follow the example of Sweden more – there are already thousands of Swan-labelled houses there. Energy efficiency and environmental friendliness are genuinely significant values for Swedish house buyers. There are only winners in this business, because ecological sustainability benefits all the parties, Sami summarises.

The panels of the Swan house blend into their environment. 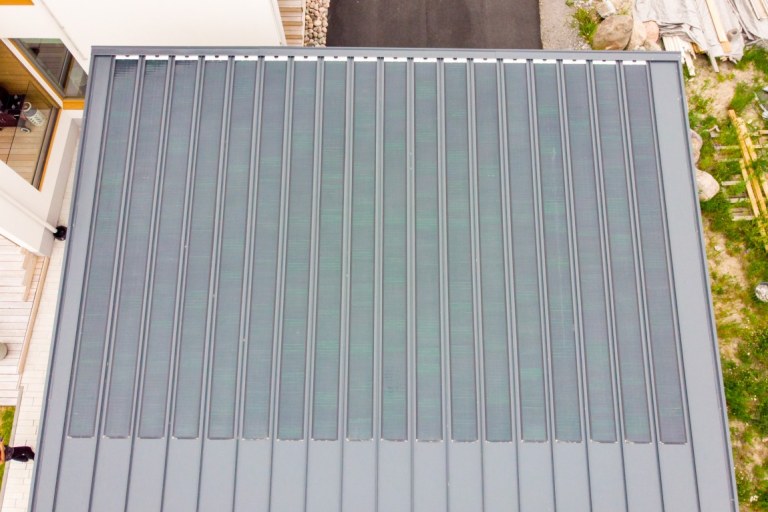 It is impossible not to notice the magnificent sight of the 200 square metre Villa Roiha surrounded by the scenic beauty of Kaarina. The house has been the home of IT consultant Sami Roiha and his family for a year. The house received a lot of attention already at the construction stage because of its exceptional solutions. Originally, the four-member Roiha family did not intend to build their own house, but the road to building went through coincidences.

– We lived nearby and were driving around here in Voivala when we saw a man measuring a plot of land. When we chatted with him, we found out that he had acquired the plot from the town but was still considering whether to accept it. As a joke I said, get in touch if you decide not to. And he did, Sami laughs.

To be honest, at times the project was quite a hard slog.

– To be honest, at times the project was quite a hard slog. Every detail of the house had to comply not only with the area's building regulations but also with the Nordic Swan Ecolabel's 40-page criteria and its appendices. For example, timber had to be certified, internal materials were not allowed to emit formaldehyde, chemical building materials had to fulfil strict environmental requirements, and the energy efficiency of the house had to be taken into consideration in every way. It took double the time of normal construction, because we could not simply collect the needed product from a hardware store – the suitability of the product had to first be checked and in the worst case, ordered from further away. For the sake of transparency, everything also had to be documented.

During the process, the father of the family was reading the requirements of the Nordic Swan Ecolabel, like the Bible according to this words, to ensure that all the criteria were complied with. He also spent hundreds of hours on the telephone.

– In my work, I have carried out lots of big projects, so I took this as a similar challenge. With Finnish tenacity and mettle, we pulled it off, Sami laughs.

Our electricity system is extremely energy efficient, and it has totally changed our consumption.