Components of the price

A large part of Caruna Oy's network is in rural areas (Western Finland, Central Uusimaa, Western Uusimaa, Southwest Finland, Satakunta, Southern, Central and Northern Ostrobothnia, and Koillismaa). There is significantly more electricity network infrastructure per customer in rural areas. The network is also highly exposed to the elements, which substantially increases the costs of maintenance and repairs.

Caruna's electricity distribution prices are shown in our price list. Choose the price list for the location of your accounting point. 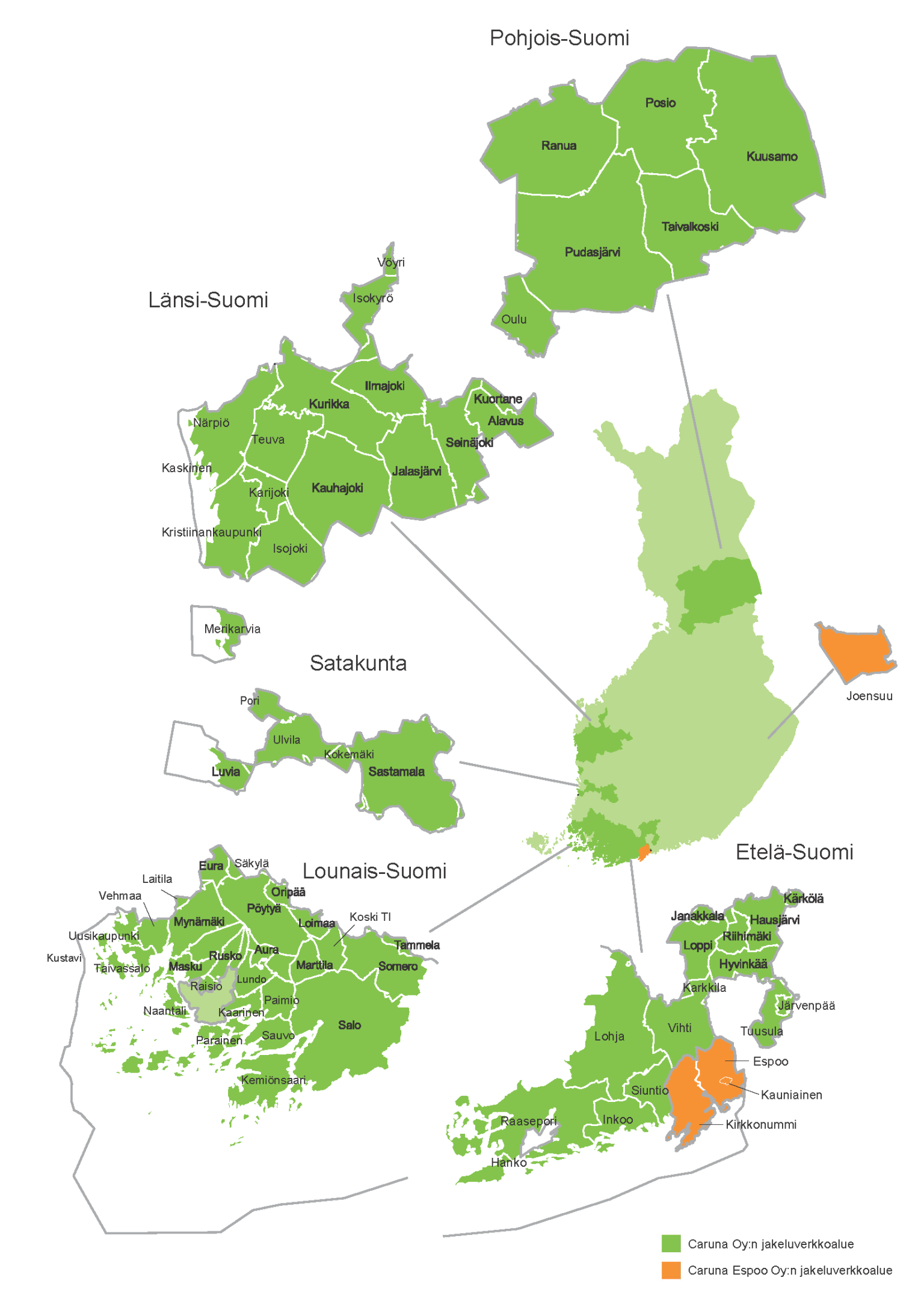 What are the components in my electricity distribution invoice?

For every euro you pay, 70 cents is used to improve the network and to provide a network service. What else do you pay for in electricity distribution?